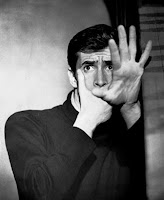 Ah, the year-end list. If it isn't reduced to list format, it didn't happen in the last 12 months. Today, we're covering the biggest morons of 2009. It's hard to narrow it down...and it's also hard to not feel like I'm not helping to make folk heroes out of jerks. There's no such thing as bad publicity? Probably true. But I still wouldn't want the whole world to hate me.

13. John Mayer
If I used John Mayer's music as a guide, I'd probably view him along the lines of a James Blunt/Chris Martin-style purveyor of mush pablum. But I also know from the tabs that he's a manwhore who thinks Jennifer Aniston is the classiest broad on the face of the earth, and I know from Twitter that he thinks he's fucking hilarious. He posted "ad Tweets" on his account as some kind of brilliant social experiment. For example, one said "Guys, I just had an amazing soup by Campbell's, Steak and Potato. See all of the great varieties of hearty soups." Don't get this guy in a prank war with Kutcher...the Twitterverse might blow up.

12. Kanye West
WHY CAN'T THE PUBLIC LEAVE KANYE ALONE?????? C'MON...WHO AMONG US WOULDN'T LOVE TO GUZZLE A BOTTLE OF HENNESSY AND INTERRUPT A GOODY-GOODY POPSTRESS TO SING THE PRAISES OF BEYONCE?????? ROCKITQUEEN WOULD LOVE TO DO THAT!!!!! ROCKITQUEEN ALSO LOVES TO SPEAK IN THE THIRD PERSON AND TYPE IN ALL CAPS AND OVERUSE PUNCTUATION!!!!! WHY CAN'T Y'ALL JUST LET ROCKITQUEEN BE GREAT?????? OH WAIT, THIS IS ABOUT KANYE!!!! IMMA LET YOU FINISH, KANYE!!!!

11. Gwynnie
Because we can't have a list of douches without mentioning our old friend Wet Spinach, although I think someone over at GOOP shot her up with tranqs because the newsletter has been relatively tame of late.

10. Dov Charney
I really want to like this guy because he employs American Apparel clothing constructors at a decent, livable wage, provides good benefits and makes all the clothes in the U.S. However, his epic skeevery outshines any good deeds this clothing mogul has done. It's hard to decide what's worse: his crimes against his employees (he has countless sexual harassment suits against him and regularly fires workers he finds unattractive) or his crimes against fashion. This is the guy who tries to push gold spandex unitards, scrunchies and neon green disco shorts paired with legwarmers as hot looks. TODAY. Not in an Olivia Newton John video. Unacceptable on all counts.

9. Carrie Prejean
Carrie identifies herself as a godly person, talking the talk with the most pious of them. But when it comes to walking the walk, well, just take a look at the likes of Rush Limbaugh, Ted Haggard and 99.9% of Republicans to see where this is headed. It's not that she came out of the closet as a dissenter of same-sex marriage at the Miss Universe pageant—she's entitled to her opinion. But poor little Care-care believes she's being discriminated against for being conservative...because people disagree with her. And then it then all comes pouring out that not only did the pageant pay for her boob job, but she also made some naughty little solo fuck tapes for the benefit of her boyfriend. And she says Larry King is inappropriate...

8. Kirk Cameron/Ray Comfort (tie)
You may remember Kirk as Mike Seaver, best friend to Eddie and Boner on the '80s supersitcom Growing Pains. Or you may remember him as one of the most popular poster boys in such literary journals as Bop, The Big Bopper and Tiger Beat around 1986-87. And if you have no life (like me) you may also remember him switching bodies with Dudley Moore in the oft-forgotten teen classic Like Father, Like Son (also starring a post-Goonies, pre-Rudy Sean Astin as "Trigger"). And if you really have no life (like me), you may remember him in the horrible kid-from-the-wrong-side-of-the-tracks-joins-snobby-college-debate-team romance Listen to Me, opposite Jami Gertz. You may also know that Kirk has gone on to become a smug psycho Christian. He and his protheliser-in-crime Ray Comfort recently visited college campuses to hand out copies of Darwin's Origin of Species with their own little intro about how Darwin was a nazi and, actually, goddidit. Let's see: brilliant naturalist with years of tireless research under his belt or star of the WB's Kirk!...who should we listen to? Here's a hint: it's not the one who calls a banana the "athiest's nightmare."

7. Kate Gosselin
Kate reminds me of my bipolar ex-boss. Big shudder. They're both obsessive-compulsive, have weird haircuts, fight incessantly with their lazy husbands, and have prissy, stupid faces. But Kate and her family have somehow become (in)famous, which means we have to hear "her side of the story" on every news outlet for every little issue from her money problems to her tummy tuck. All I can say is thank god I don't have to see ex-boss everywhere talking about this stuff.

6. Spiedi
Who are these people? And why are they constantly on magazine covers and on TV? Is there anyone out there that actually demands to see or read more on these two?

5. Octomom
If you ask me what annoys me the most about Nadya Suleman, I'm hard-pressed to choose just one thing (although the way she says "babies" is really close to the top). There are just so many other things to choose from. She uses herself as a human petri dish and uses student loan money and state handouts to fund it. Her own parents think she's a raving lunatic. She yells and screams at the help. She's got that weird Angelina Jolie obsession. The best part of the whole debacle so far was when the paps filmed her 2-year-old kid slapping her in the face and calling her a bitch. The whole world is with you, kid. The whole world is with you.

4. Everyone behind Megan Wants a Millionaire
Bleach blonde golddigging skank-slash-Rock of Love reject? Check.
Seventeen "millionaires" vying for the love of/chance to buy stuff for said skank? Check.
Background checkers to make sure none of the millionaires have the potential to marry a Vegas stripper mere days after meeting her, brutally kill her and pull all her teeth out so she won't be identified, stuff her in a suitcase and throw it in a trash bin, drive to Canada and hang himself on a coat rack in a no-tell motel? Oops!

3. The entire Heene family
Sadly, one of the iconic images of the year is of that giant flying Jiffy Pop bag sailing over Colorado. And that stupid balloon had more personality, brains and connection to reality than the family that built it.

2. Jon Gosselin
I actually had some sympathy for Jon at one point in my life. Kate is such a cunty shrew! But now, every time I see the latest paparazzi pic of Jon slouching around New York in a bedazzled Ed Hardy shirt (or is it Quacker Factory?), he looks more and more like a sagging globule of protoplasm with greasy spikes on top of it and I hate myself for having ever felt for him. Gawker Media recently named Joe Francis the biggest douchebag of the decade (and yay for them), but Jon is certainly in the running to win the award for fastest flunky-to-douche transformation of the last several years. It's like watching your dad going through a really uncomfortable midlife crisis. One that includes hanging out with fellow slimebag Michael Lohan.

1. Chris Brown
The only person who could beat out the Gosselin is someone who beat the tar out of pop princess Rihanna, which everyone got to see via that horrifying photo. If that wasn't enough to make him ass of the year, he then proceeds to go on a national TV tour in freaking bow ties and Mr. Rogers sweaters to practice his sad face and say he's sowwwy about "what went down." Hey, Chris, "what went down" is that you brutally beat your girlfriend (who by the way handled the tragic situation with a very mature sense of responsibility), yet somehow you seem to view yourself as the victim. Then, to dig your career grave to exactly six feet, you publicly call out Oprah the Great for not supporting you, sensitively referring to her dis as "a slap in the face". As of this posting Chris is on approximately appearance #12 on the Bow Tie Apology Tour, which he's on to promote his new album. Time to go away forever, fuckface. Thank you, and good-bye.
Posted by RockitQueen at 8:42 PM 1 comment:

A Charlie Brown Christmas aired tonight and we all know how excited I get about this. Don't we all? But I have to say, watching this as an adult Mrs. Crabapple, it's difficult not to notice the irony in Sally's letter to Santa compared to (a) the times we are living in and (b) my last post:

Dear Santa Claus, How have you been? Did you have a nice summer? How is your wife? I have been extra good this year, so I have a long list of presents that I want. Please note the size and color of each item, and send as many as possible. If it seems too complicated, make it easy on yourself: just send money. How about tens and twenties? All I want is what I have coming to me. All I want is my fair share.

Lucy: I know how you feel about all this Christmas business, getting depressed and all that. It happens to me every year. I never get what I really want. I always get a lot of stupid toys or a bicycle or clothes or something like that.
Charlie: What is it you want?
Lucy: REAL ESTATE.

That being said, for as big of a bitchy cynic as I can be, the simplicity and sweetness of this show and its message always just warms my little black heart. I relate to Charlie: "I know no one likes me. Why do we need a holiday to emphasize it?" Sweet little bald Charlie! They used your head to design jack-o'-lanterns! They served jelly beans at your Thanksgiving! They made you take the wrong route in the fork of the stream when you were racing for your life! But it doesn't matter because when it comes down to it, the show is named after YOU.