One was a pretentious, moralistic brown noser with a compulsion for rule-following and a steel rod up his ass. The other: a devil-may-care loner who lived by the motto "rules were made for breaking."

Together, they personified right and wrong, good and evil, virtue and sin—two icons of ethics that polarized the world—until a spectacular fall from grace demolished the empire they created and threatened to destroy them and everyone around them.

This is their story.

The golden boy
Gallant Quentin Barclay Godard was born on January 1 to Dr. Quentin X. Godard and Viscountess Elizabeth Barclay of Cranborne, an only child who was extremely gifted at birth.

"From the time he could walk, he was already opening doors for people, brushed and flossed his teeth twice a day and ate his brussel sprouts without complaint," says nanny Alice Leeds. "He was almost compulsively polite."

Gallant was a voracious learner who excelled in school. "When I asked him to start his homework, he'd always reply, 'It's finished and in my backpack, Mrs. Leeds. May I help you finish the dishes?' He never brought home less than a 100%. We ran out of room on the refrigerator!"

While Gallant had many friends, Leeds says some of his peers didn't understand him. "Many of the other kids' parents used him as an example of how they should behave, and that made him a target on the playground," she recalls. "It's not easy for a youngster to hear, 'Why aren't you more like that nice boy Gallant?' all the time."

"He was a major tattle," says former elementary school classmate Sally Wheedle. "You couldn't do anything fun without Gallant ruining it. Once we stole cigarettes from corner market and met behind the school to smoke them. Then here comes Gallant sauntering around the corner and lecturing us about how stealing is wrong and smoking is bad for you. We kept smoking anyway and he went and told Principal Dunkleman on us! Me and Matty and Gary and Hannah got detention for a month! And all Gallant had to say about it was, 'I'm just trying to do the right thing for everyone.' Fucking jerk."

One of the classmates serving detention was born the same day as Gallant and wound up being the golden boy's greatest foil.

The bad seed
Gary Ray Goofington was born to footstool factory worker Mike Goofington and his waitress wife Bev. The Goofingtons worked hard and scraped by as best they could, but little Gary Ray was often left to his own devices. "Gary Ray liked to use the bathroom in my begonias," remembers former neighbor Marva Cleary. "Whenever I told him not to and that it was bad, he would stick his middle finger up at me. And this from a four-year-old!"

Even as a child, Gary Ray had a heady influence over the other children in the neighborhood. "Why, they would follow him around like he was their guru," Cleary says. "And he could talk those kids into anything! Eggs in the mailbox, graffiti on the side of the house, Roman candles on the front porch...any mischief-making going on in our neighborhood had Gary Ray Goofington behind it."

The neighborhood kids had a nickname for Gary Ray. "We called him Goofus," says childhood pal Matt Duffy. "He would triple-dog dare you to do something right off the bat, and if you didn't agree to it you'd get the most brutal titty-twister of your life. I smoked my first cigarette because of him, I smoked my first joint because of him. I even rode Cape Fear-style under a bus to Fort Lauderdale with him. 'Free vacation!' he said. But I now have this exhaust pipe impression on my chest that will never go away."

Goofus' troublemaking wasn't just regulated to the playground. "He would make these little noises like a cricket in the classroom," says teacher Arnold McMann. "You would hear this sound coming from his corner of the room and before you knew it, other kids were joining in. Soon the entire class would be filled with students following his lead and making these 'eep eep' sound effects." Then entire class, that is...except for one student. "I had no idea it was Goofington until Gallant informed me after class," McMann recounts. "He was concerned that Goofington's antics were disrupting the other students and preventing them from learning about photosynthesis."

But it was when Gallant turned Goofus in to school authorities for smoking that a bitter rivalry was born...a rivalry that would rocket both boys to worldwide fame and, eventually, catastrophic ruin.

To be continued
Posted by RockitQueen at 6:24 PM No comments:

Labels: whatever happened to 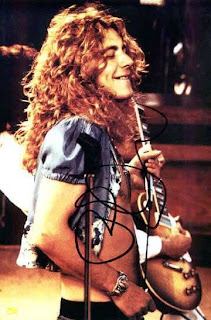 Posted by RockitQueen at 8:19 PM No comments: