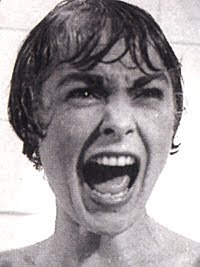 This is a formal call for a protest against Frito-Lay. I ask all my friends to please, please, please stop eating Frito-Lay snacks, no matter how delicious they may be, and rip this sexist company a new one with complaint letters. And I mean *all* my friends, not just the gals. No one is safe from being made to look like a moronic, superficial dimbulb in the Only In A Woman's World advertising campaign.

I've covered this idiocy before, hoping that my ridicule (and that of countless other blogs) would shame Frito-Lay into aborting the campaign and spur the company into begging women for their forgiveness. And maybe offering some free bags of Miss Vickie's chips.

But no. Instead, they've created four new rampantly offensive "episodes" featuring the same stereotyped, neurotic, body-obsessed, man-crazy "gals" that set off my rage—you can read all about 'em in my original post linked above.

I'm just going to recap the new ads for you here, but you sort of have to see them to believe them.

• The Asian chick is in her yoga class (of course!) and her class rival enters the room. Asian immediately becomes competitive (OF COURSE!) and struggles to stretch into more difficult poses than the rival. As they're folding both legs frontways over their shoulders, the rival falls and Asian smirks! She won, she won! But then the class ends and the joke's on Asian because—ho! ho!—she's stuck!!

• The blonde is struggling to fit into her jeans. She screams at her husband for putting the pants in the dryer, but he swears he didn't. Hubby tries to help her pull them up but her muffin top is in the way. He says "I love you?" as a question. A message pops up that "Every woman has a story. Tell us yours and you could inspire our season finale!" Oh, boy!!! I should totally tell them about the time I tried to get into a really crazy yoga pose to one-up this flexible, skinny lady in my class and I GOT STUCK! Or about the time I couldn't get my jeans on because I gained some weight and I blamed it on the dryer!!! LOLOLOL! Oh, women and their simple, simple lives!

• The black chick is running like a maniac down the sidewalk as if she's being chased. She vaults over a wall, slides under a plate glass window being carried across the street and jumps with Six Million-Dollar Man sound effects before falling face flat on the ground. She gasps as a man's shadow looms above her. Is it a rapist, mugger or murderer? Worse—IT'S HER PERSONAL TRAINER! He says, "You should run with me, not away from me" and she claps like a child saying, "I ran! I ran!" OK, FUCKING SERIOUSLY???

So, let me get this straight: she's upset that he hires a hot secretary because...why? Duh! No man can be trusted around a supposedly beautiful woman. So her friend's advice isn't "get some self-esteem and get over it," like mine would be, but "check out 'Naughty Nurse Enema Sluts 27'", which (1) disgusts her because god forbid any woman should feel comfortable watching porn, and (2) somehow gives her the idea that she needs to do something she's obviously completely uncomfortable doing to get her FUCKING HUSBAND'S attention. Then, when he makes a seemingly innocent comment, she runs out of the room angry for no obvious reason and he is rendered speechless and drooling by a fucking fake breast.

And the big questions still remains: WHAT THE FUCK DOES THIS ALL HAVE TO DO WITH FOOD???? The products are never mentioned or shown! Somehow the ad wizards who came up with this one think they can trick their Stepford customers into thinking their adorable little ad campaign will brainwash them into buying Frito-Lay's "lite" products.

This really hurts because I love Frito, but this ad campaign is fucking ridiculous and offensive.

People, we are BEYOND this. We are in the 21st century, for christ sakes! Mad Men is FICTION. These ads are an embarrassment to all of humanity. Frito-Lay, drop whoever is doing this horrific ad campaign for you before you do irreparable damage.

Here is the contact info for Frito-Lay. No doubt it won't help since they obviously sunk loads of money into this campaign/rebranding. But it will sure as hell make you feel better. I'm going to really spend some time on mine to make sure I cover every single aspect that pissed me off.

If I sound like one of those crazy women, I don't care because I AM! It's the 40th anniversary year of Woodstock! Let's fight the power, people! Sisterhood is powerful! We're not gonna take it, no we ain't gonna take it! Grrrl power! Riots, not diets!!!
Posted by RockitQueen at 7:40 PM No comments:

Sorry for all the videos/pics/fangirl/non-substance/absence of bitchiness. There's plenty of shit coming, I promise. In the meantime, here's a fairly rare one and an old fave: Jane's Addiction's official "Ocean Size" video (possibly NSFW, depending on how your desk is positioned). It = kickass. Holy crizzap, it's like I'm back in college again...

Posted by RockitQueen at 12:57 AM No comments:

A is for Awesome

Been a little short on inspiration lately, until I saw what follows. It's a tribute to Sesame Street for the show's 40th anniversary. If you haven't seen this, drop everything and check it out. So awesome. I'll never forget the episode where Mr. Hooper died.

Also, god help me, I am now on Twitter. You can friend me or whatever at rockitqueen13.
Posted by RockitQueen at 6:42 PM No comments: